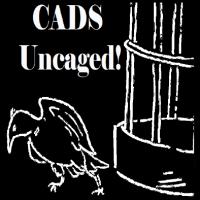 by Various Authors
including Cage Birds by David Campton

An evening of short sketches and a one act play based around themes of imprisonment and freedom. Includes David Campton’s play ‘The Cagebirds’, a piece exploring the world of six birds kept in a cage by The Master. When he introduces a new, wild bird into their cage, she urges them to break free, to escape – but will her exhortations lead the birds to flight or to catastrophe?

This one act play is set within a gilded bird cage. Inside are six birds, each not only trapped by the cage, but also a self-imposed prison. Self-obsessed and isolated there seems little hope for these cagebirds. Until one day, into the cage, comes a wild bird who knows freedom. She attempts to unite these captives in an effort to escape. However, this does not get the reaction she is expecting.

A Puzzle for Grandma

As per Part I