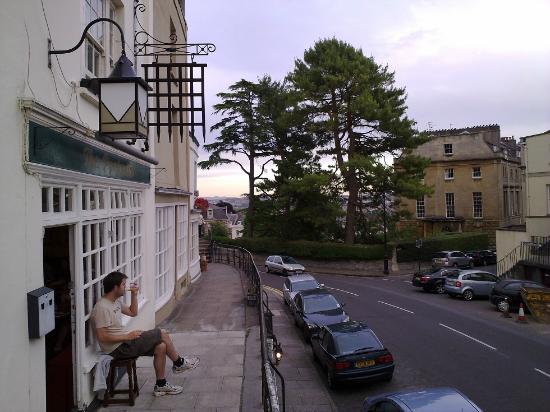 Show Updates
Shakesbeer: Round 2
• Megan to draft an email calling for directors who have a Shakespeare piece in mind that they would like to put on and for cast. Applicants to be submitted by email to Megan, Kate or Paula by the end of February
• Megan to get a date from Paula regarding date for auditions by the end of February.
• Audition sign ups to be done via doodle poll as this has worked well in the past.
• Megan to email local schools once casting email has been sent out informing them of the show.
• Megan to ask Kate about the possibility of a bucket for collecting money at the performances, there may be implications with legality?
• Jos to ask Erica O’Brien about the possibility of directing a piece.

The Alma Show: October 2017
• Possibly one director, (Paul of Audacity fame) interested in directing.
• Tom to pester Pete B about possibility of proposing a show.
• Proposals meeting set for the 7th of March at 8pm at the Portcullis pub, to coincide with the committee meeting.
• Jos to send out email about the 7th of March proposals meeting.
Jamie Fitzpatrick joins the meeting

Sleeping Beauty
• Confusion over the price for the venue. Price settled at £770 for four performances and the Wednesday night get in. This includes space rental and the light and sound available on site.
• Treasurers to pay this deposit ASAP
• Decision on whether to pay the extra £150 for bar rental to be made at a later date.
• Tom to make a thumbnail image for the website.
• Tom to send Jos a blurb for the website.

Publicity
• Megan to make sure we’re advertising on all the right boards of Shakesbeer
• Make sure we advertise through the Friends of Clifton Library group. (Ask Paula about that)
• Megan to ask Paula if we have any Promo material to stick around Clifton Village
• We will be re-using the banner from the last Shakesbeer performance, adjusted for the new dates etc.
• Megan to ask Paula about decorating the Clifton Library Courtyard.

Socials
• Cast focused socials to be decided by the relevant directors/producers, possibly at committee prompting.

Web
• Shows now have their own pages with attached photo galleries, linked to the CADS Flickr account, exciting!
• Lucy to send Jos pictures she has from Off the White Horse, Shakesbeer (the first one) and Audacity.
• Jos changed Lucy to Admin on the website.

Stores
• Sunday 5th Feb clear-out went well, lots of stuff donated to charity
• Full fledged Purge set for the 25th of March from 10am to 4pm.

Communication channels
• Who does what in the committee?
• Drafts of emails to be made by respective members of the committee, then forwarded to the secretary. The Secretary will then forward these emails out to the society.

Tech Training
• Twitter is Publicity’s purview
• Jos to enable Secretary and Publicity as admins on the Website.
• Jos to check how the website ticket buying system integrates with Paypal.

Next meeting set for the 7th of March