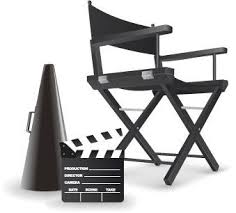 2016 Alma production (Audacity)
Alma are claiming that our ticket sales were only £1720, rather than £1900.
Discovered that this discrepancy was due to on the door ticket sales? Lucy to clarify?

Show Updates
Shakesbeer
50% of profits to go to The Friends of Clifton Library
Possibility of a permit to install blocks outside of stage area to allow audience to see the show better. Paula is working on this permit. Would possibly allow us to sell up to 50 tickets.
Set the ticket limit at 30 for the time being but with the possibility of increasing this to 50 if the permit for the blocks comes through
Where would we get the blocks from? Megan/Lucy to look into this.
Tickets at £8 for adults and £5 for children.
The show is now cast, 13 people plus a few spares in case of dropouts and extras being needed.
Show to feature, excerpts from Much Ado About Nothing, Romeo & Juliet, Henry V and Richard III.
Megan/Lucy to look into local school advertising
Not bothering with flyers
Not printed tickets? Get a hand stamp?
Cut off point for buying tickets online set at the day before.
Collection bucket, Pala looking into the legality of this.
Paula is handling costumes
CADS T-Shirts fro crow shepherds
Megan to send Jos photos from last year’s show for the website.

Something in between
Possibly need to do something low key to keep larger groups of people involved whilst The Alma Show is going on.
Send out a call in May/June asking for Rehearsed Readings

Publicity
Megan has access to various advertising websites and listing sites for Shakesbeer
BBC Radio Bristol gig
Banner, can it go up 2 weeks in advance of the show, Paula?

Workshops
Kate to look into doing a stage fighting workshop. Possibly at Hope Chapel? On a Saturday? Talk to Rhona who knows somebody who has experience in stage fighting.

Socials
Pub trip, possibly at The Fringe Cafe with the cast of Shakesbeer a few weeks in to rehearsals. Also to be open to the wider society.
Week of 3rd of April?

G Drive
We all now have access.
Let Jos know if you have any problems accessing this.

Facebook promotion
Committee to make sure we splurge Facebook with publicity whenever we have a show upcoming.
Megan to look into a Facebook ad for Shakesbeer