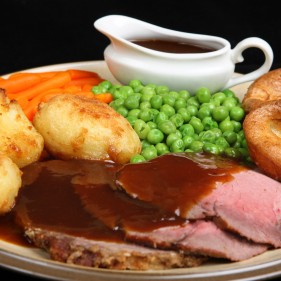 Approval of the Minutes of the previous AGM

2018 was a good year for CADS, there are lots of new members of the society and there have been lots of good socials. CADS Paid for these, rather than charging the members, which probably helped to draw in new members and retain existing ones.

Bad romance has proven to be a winning formula for socials and the next one is planned for the 20th of February. We also have the group trip to go and see Lucy’s Pantomime, Red Riding Hood on the 14th.

Social Media seems to be a good platform on which to advertise CADS events. We have paid for a few advertising boosts throughout the year and this has paid off well. Although this should usually be constrained to shows and larger social events, rather than splurging on everything. Should use on Shakesbeer 2019 and the Panto 2019.

Rob Egginton mentioned a possibility that the website might look a bit out of date and could do with a revamp. Whilst this would indeed be nice it is still an effective website and revamping it is not a priority for 2019.

There should be more of a focus for the committee and directorial teams to take photographs at socials/workshops and rehearsals in order to upload them to the website.

We made money on the shows this year, but we also spent lots on free socials. Overall CADS made a loss of £71. In the grand scheme of things, this is a drop in the ocean and CADS is financially stable.

Shakesbeer 2018 made around £600, which we are still trying to split with Clifton Library, who have not made paying them easy.

The Anniversary made around £300.

We spent around £500 on workshops.

Other costs included things such as insurance and sword hire etc.

CADS finances have been audited by an independent auditor and have been declared all good.

Membership fees are generally enough to cover things such as insurance and website hosting etc. Therefore the current membership fees of £15 for a year’s membership and £10 from the 1st of September is ratified.

This was a success, we sold out most of the nights, hangers on for earlier shows tended to come back and buy tickets for later shows.

We need to advertise auditions earlier. These are currently set for taking place in the first week of March, Kate & Louise will arrange precise timing and location and put this on the website.

A few issues from the Alma Tavern booking system, but they did pay us relatively on time. The cast seemed to enjoy the show and we sold out all nights.

Motions to put to the AGM

We should advertise for proposals for a big show opening in spring 2020 in order to capitalise on Panto 2019 hang-ons and new members.

Jos to give a script provided to us titled ‘Just Deserts’ a read through and see if it the kind of thing that we would be interested in organising a workshop for, for a rehearsed reading. This would likely take place some time in March.

Laetitia would like to be involved in directing Shakesbeer 2019